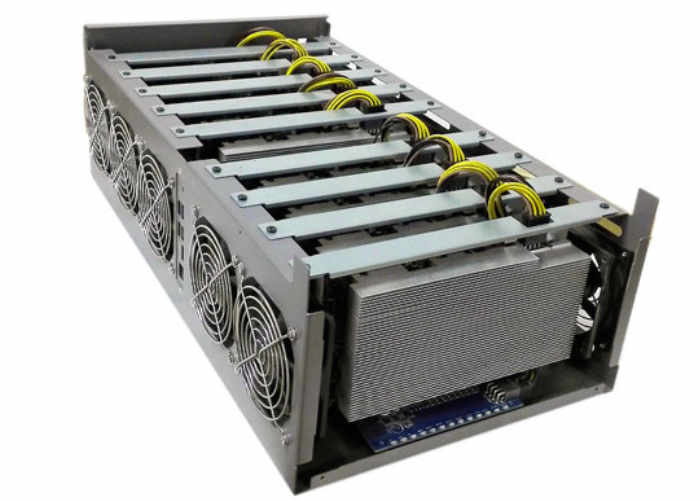 The P104-100 Manli All-in-One Mining System can be equipped with multi-mining cards to maximise the efficiency of your mining return and offers a distinctive motherboard design capable of supporting up to 9 GPU mining cards. Features of the Manli P104-100 Bitcoin mining system include :

Unfortunately, no information on pricing or worldwide availability has been released as yet by Manli, but as soon as information comes to light, we will keep you updated as always.If you’re interested in learning more about bitcoin mining all the Blockchain technology behind the cryptocurrency phenomenon which is gripping the world at the current time you might be interested in the Blockchain explanation video published earlier today.