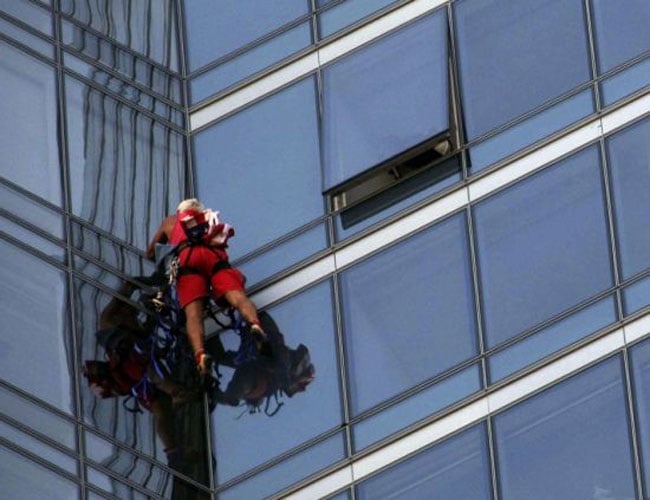 Spider Dan climbed the 645 foot Millennium Tower residential building in San Francisco, and was then arrested by the Police just two floors before he reached the top of the building, you can see a video of  Spider Dan in action below.

Dan Goodwin said that “he climbed the building to call attention to what he described as the ongoing vulnerability of skyscrapers to terrorist attacks. And to inspire patients battling cancer.”