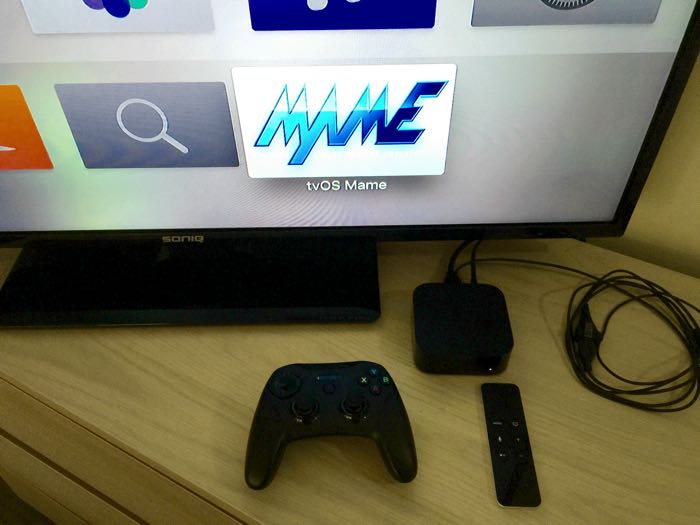 The new Apple TV comes with Apple’s new tvOS and the device is launching next month, it is currently available to developers.

Now we have a video from developer Kevin Smith who has managed to get the MAME Emulator running on the new Apple TV.

MAME stands for Multiple Arcade Machine Emulator and in the video below we get to see a number of classic games like Donkey Kong, Street Fighter II and more running on the new Apple TV.

Kevin Smith explains below how he developed his MAME Emulator for the new Apple TV Developer Kit with the tvOS .

I created a target for tvOS and set about getting the code to compile for arm64 (Mandatory for AppleTV), fixed a varierty of compiler and linker errors. Removed code which was incompatible with tvOS frameworks and simplified code to work on tvOS. Added a basic icon compatible with tvOS. I added some tweaks to the source to allow the pause button to exit the game and supporting the resolution for the 1080p display.

He also noted that he will be releasing the source code for his app when the Apple TV launches, we did say that we shouldn’t expect to see his app in Apple’s new TV apps store.