If you are in the market for a new gaming computer, you might want to check out the new option for Maingear Shift and F131 computers. These new computers are both available now with the Intel Core i7 2700K processor that has a lot of overclocking potential. The CPU is a quad core offering that is clocked at 3.5GHz normally and 3.9GHz on Turbo Boost. 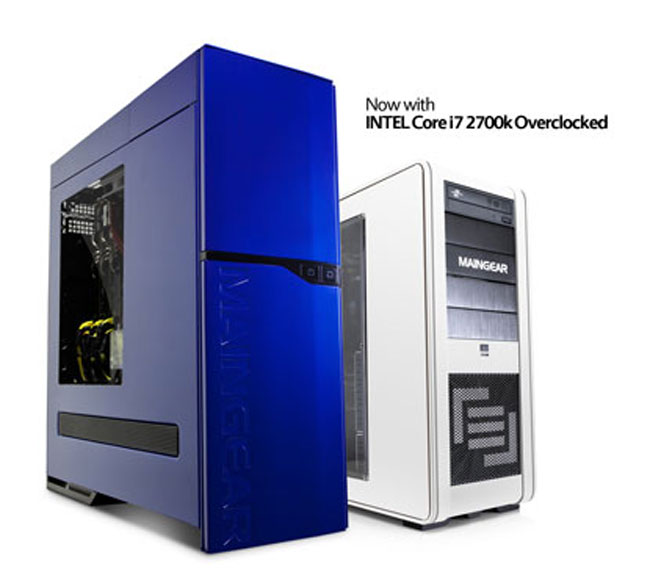 If that isn’t fast enough for you Maingear will overclock the CPU for you right out of the box. Maingear says that they can hit speeds of 5GHz or higher. You can also get the machine with a Maingear Epic liquid cooling system.

The new 2700K Core i7 part has just launched and will be a processor that gamers and enthusiasts want to check out. Pricing for machines with the new CPU start at $1,228 for the F131 and the Shift starts at $1,985.