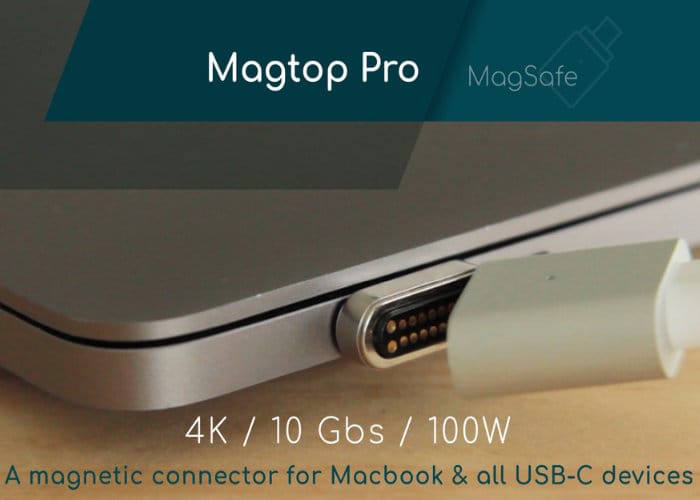 MacBook owners looking to equip their new laptops with the awesome Magsafe power cable functionality that was for some reason removed by Apple, may be interested in a new MacBook magnetic adapter aptly named the Magtop Pro. Offering “yank-safe, snag-free” charging for USB Type-C connections together with 4K video audio and data transmission. Watch the demonstration video below to learn more about the Magsafe magnetic adapter which is now available to back via Kickstarter with early bird pledges available from €23 featuring both female and male connectors. 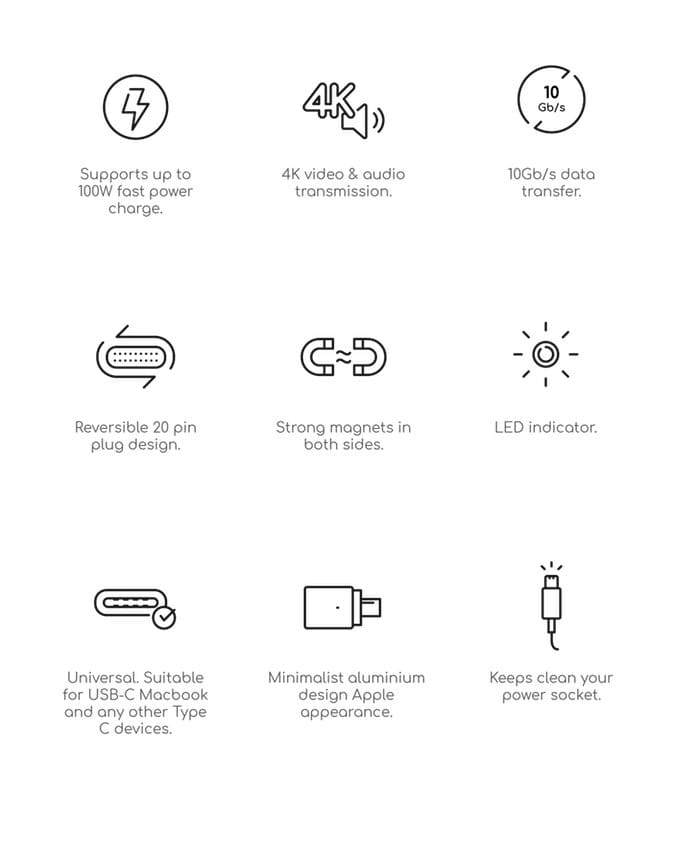 Magnetic adaptors are nothing new. magtop pro, however, is not JUST an adaptor. Yes, it does make plugging easy, giving you access to the emerging standard for charging and transferring data, and YES it does seamlessly detaches the power cable when it’s pulled from its socket, but it is also so much more than that.