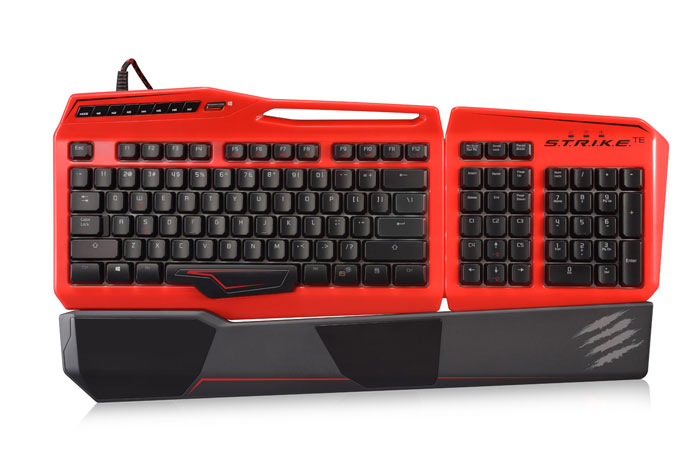 Mad Catz has unveiled its latest gaming keyboard aimed at gamers who need mechanical keys for tactile feel while playing and working. The keyboard is called the S.T.R.I.K.E. TE Mechanical Gaming Keyboard. It’s designed for winning tournaments and uses 130 Kailh Brown mechanical switches. Those switches have a rugged metal frame as well and can survive over 50 million keystrokes.

Gamers will also appreciate the 30-key rollover and anti-ghosting technology built into the keyboard. The switches are optimized for 45g of actuation force. Other features of the keyboard include 12 programmable macro buttons with three modes each. That means gamers have over 36 programmable commands they can play with. Macro programming is drag and drop using included software.

The software allows macros of up to 255 individual keystrokes with calibration within 1/1000th of a second. The keyboard comes with pre-made profiles for 25 popular games. Keys are backlit and the user can control the backlighting brightness of zones of the keyboard individually. Gamers can pre-order the keyboard now for $127.49 in matte black. Shipments will start on September 30 with the ship date for the other colors unannounced.