Last week Mad Catz announced the launch of their new M.O.J.O. Mad Catz console for Android games to compete with the likes of the OUYA, GameStick and GamePop.

Now we have our first look at the Mad Catz console, M.O.J.O. which is expected to ship with Mad Catz C.T.R.L.R. Bluetooth controller, and is equipped with dual-analog thumbstick, trigger, d-pad controls. 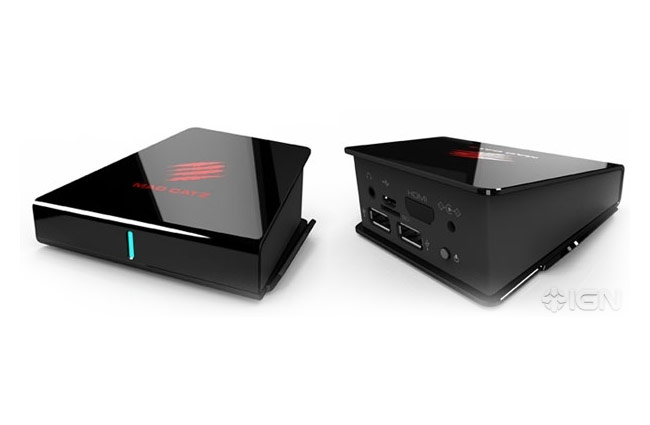 The Mad Catz console will come equipped with 16GB of internal memory and microSD card for expansion when required, together with Bluetooth 4.0 support and 2 x USB ports of use with wired gaming controllers if required.

Other features of the Mad Catz console include HDMI, Wi-Fi, and a headphone port, and provides owners with access to Android stores at both Amazon and Google Play. Mad Catz has revealed the processor powering the Mad Catz console as yet but its thought they are investigating using Nvidia’s Tegra 4 processor.

Unfortunately no information on pricing or worldwide availability has been released as yet for the Mad Catz console, but as soon as information comes to light we will keep you updated as always.