With smartphone cameras getting better by the day, it’s only a matter of time before more accessory makers start offering nifty add-ons to make your snapshots more appealing. Photojojo figured taking macro shots on your smartphones need some help, so they came up with the Macro Cell Lens Band. 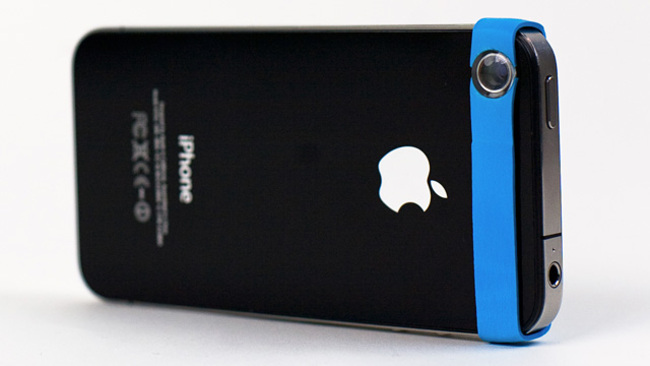 The accessory is so flexible that it can be fitted not just on an iPhone as shown in the photo but to other smartphones as well. While some companies placed their special lenses on cases for the phone, Photojojo opted to go with a rubber band and the idea seems to do the trick as the Macro Cell Lens Band is easy to place and remove.

For just $15, Macro Cell Lens Band won’t create much of a dent in your pocket, and worth giving it a try, especially if you rely on your smartphone for those casual snapshots.