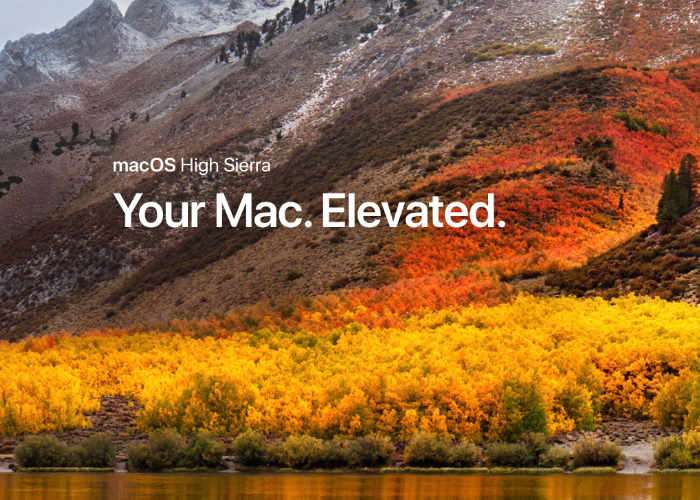 If you have been patiently waiting for Apple to roll out its new and previously unveiled macOS High Sierra operating system you’ll be pleased to know that it will be finally being made available in a couple of weeks time on September 25th, 2017.

macOS High Sierra has been in beta development for some time and if you haven’t already tried it the latest OS from Apple brings with it new core technologies to make your Mac systems more reliable, capable and responsive says Apple.

From re-architecting how your Mac stores your data to improving the efficiency of video streaming unleashing the power contained in your graphics processor, says Apple.

Don’t forget if you are upgrading to macOS High Sierra you will need to update your Apple applications such as Final Cut Pro, Motion, Compressor, Logic Pro, and MainStage due to the operating system’s incompatibility with older versions.

For more details jump over to the official Apple Support website