We have featured a number of iPad powered mixers over the last couple of weeks, which have been feature at this years NAMM show. Another to add to the list is the newly unveiled Mackie DL1608 iPad mixer, which uses your iPad for processing power.

Once docked within the Mackie DL1608 your iPad connects wirelessly enabling you to control the mixer via Mackie’s Master Fader iPad app. Watch the video after the jump to see the new unveiled Mackie DL1608 in action. 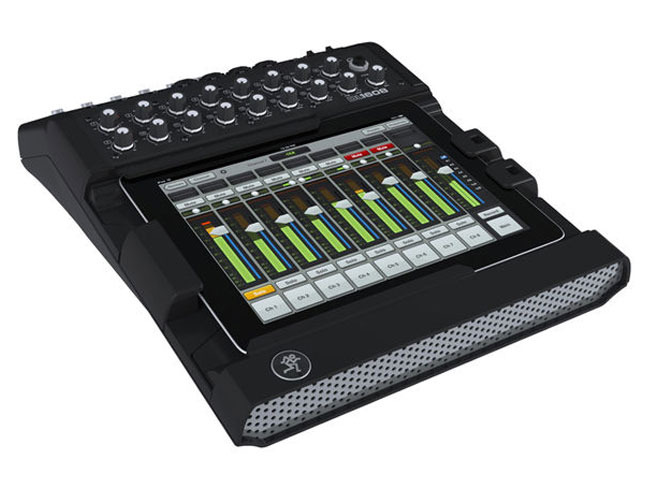 The Mackie’s Master Fader iPad app is equipped with multiple screens providing you with fader control, EQ and compression and gate settings. Together with access to reverb and delay effects, as well as a 31-band master EQ. Presets can quickly and easily be saved, enabling you to recall mix snapshots with a simply touch.

Other features of the new Mackie DL1608 mixer include 16 Onyx mic preamps, 24 bit Cirrus Logic AD/DA converters, channel images to identify mixer channels with a photo, and stereo recording of the main mix directly to the iPad. Unfortunately no information on pricing or worldwide availability has been released as yet.