Harvard scientists have devised a way to print out sheets of their own Mobee robots to eliminate human error in assembly. The new robots can be assembled in a single movement. 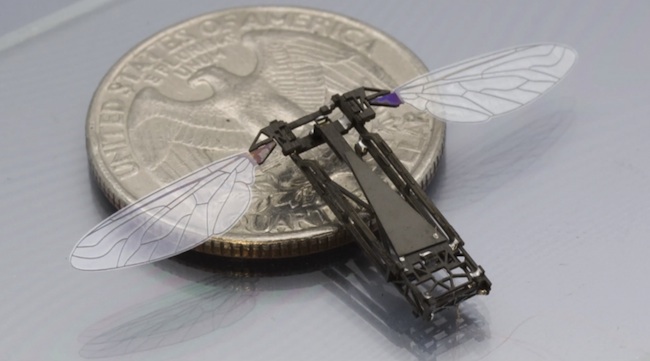 The Mobee, or Monolithic Bee, is a mass-produced microrobot that are autonomous and capable of flight like their real world namesakes.

Each Mobee is about the size of a US quarter and since developing a way of printing sheets, a process that was itself adapted from circuit board printing tech, that means that the technique can also be likely applied to other fields.

The sheets are made of carbon fiber, Kapton, titanium, brass, ceramic, and adhesive sheets laminated together in a complicated laser-cut design. And since only the minimum human intervention is needed, there’s better assembly efficiencies throughout the system.

If you ever find yourself in need of an army of killer robot bees, you should definitely give them a ring.

Via Harvard School of Engineering and Applied Sciences