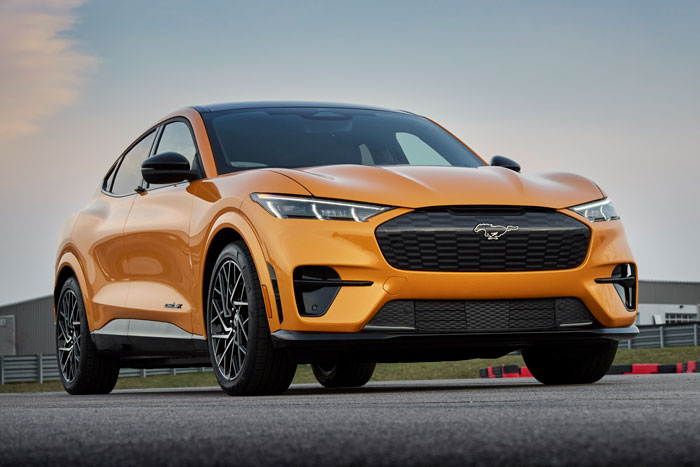 One of the more exciting electric vehicles to debut from a major automaker in recent years is the Ford Mustang Mach-E. While the vehicle has already been delivered in some quantity and fans have been able to order them for a while, Ford has now announced that the order banks for the quickest version of the Mach-E have now opened.

EV shoppers can now order the Mustang Mach-E GT and GT Performance Edition from their local Ford dealership. Ford has also announced Unbridled Extend for both versions of the vehicle, which is a track and closed-course-only mode extension for more performance-oriented traction and stability control. The feature also changes the interior sound.

Both GT versions also have a unique illuminated pony badge. Orders can be placed online or directly from any Ford EV-certified dealer starting Wednesday, April 28. All other versions of the Mach-E sold out very quickly, so anyone wanting the GT or GT Performance Edition should be waiting when order banks open.