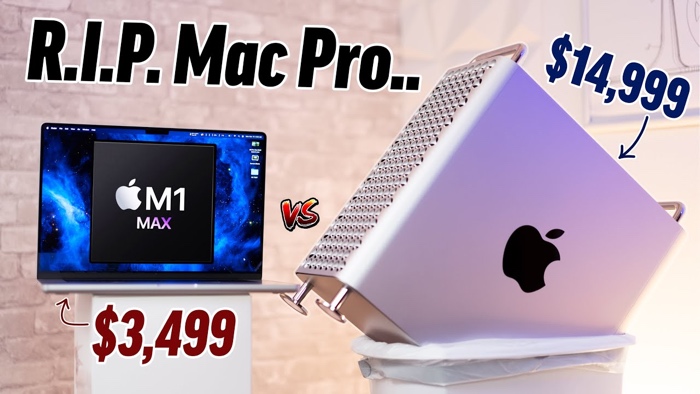 Apple’s new MacBook Pro notebooks launched recently and now we get to find out how they perform next to an Apple Mac Pro.

The Mac Pro has a 12 core Intel Xeon processor, a Vega II GPU with 32GB of RAM and 1292GB of RAM, a 1TB SS and an Afterburner card, lets find out how the two Macs compare.

As we can see from the video the new MacBook Pro has seriously impressive performance and performed better than the $15,000 Mac Pro.

Apple is expected to launch some new Pro Macs next year along with their new M1 Max and M1 Pro processors. We are expecting to see a new iMac Pro and we could also see a new Mac Pro at some point, although we have not heard many details about that device as yet.

We have also heard that Apple is working on a new Mac Mini which is rumored to come with a new design and will also feature the new M1 Max and new M1 Pro mobile processors. We are looking forward to seeing exactly what Apple has planned for their new Macs in 2022.