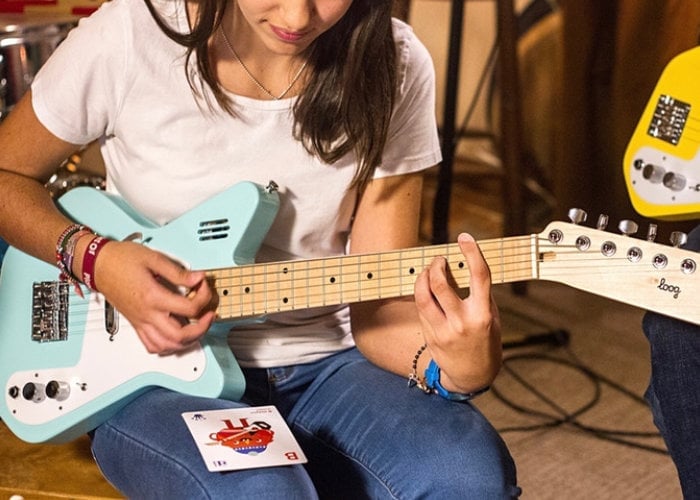 Musicians may be interested in any new guitar equipped with a built-in amplifier and companion smartphone application called the LOOG. The new guitar is the company’s fourth Kickstarter campaign and combines augmented reality and the built-in amplifier to enable users to play games while learning to play.

Watch the demonstration video below to learn more about the LOOG guitar. “It’s a guitar designed to make it fun and easy to play music. Loog guitars come with flashcards that teach you how to form chords, and an app that gets you playing songs on day one. We have songs by The Beatles, The Stones, Taylor Swift, Bruno Mars and more, and you can play karaoke-style and learn through Augmented Reality.”

Launched via Kickstarter last month the campaign has already raised over $480,000 thanks to over 3,000 backers, with early bird pledges available from $99 or roughly £81. “Our 3-string guitars use the first three strings -and tuning- of a regular guitar. Therefore, finger placement and everything you learn can be applied on a 6-string guitar too. It’s a seamless transition, approved by educators, that allows kids to learn on a Loog and then play any guitar. “