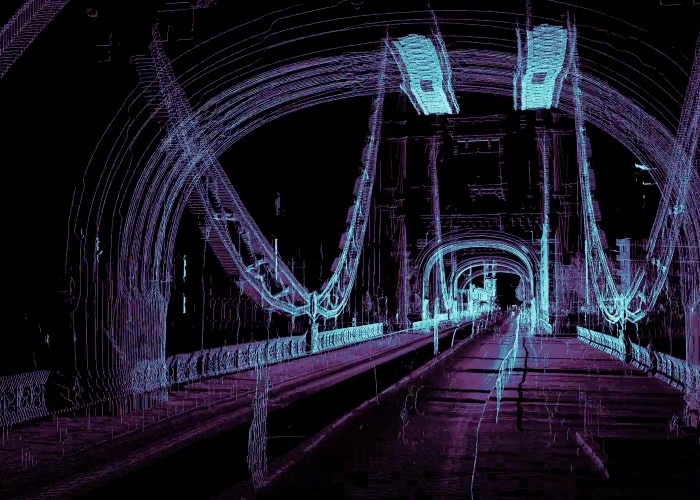 If you have ever wondered what autonomous self driving cars sees through their various on-board cameras and scanners, you might be interested in a new video which has been created by ScanLAB Projects.

ScanLAB Projects have taken to the streets of London equipped with a 3D laser scanner to recreate what an autonomous car would see as it navigated its way around London streets.

Check out the mesmerising video below to see if you can spot all the London landmarks.

Imagine someone wearing a T-­shirt with a stop sign printed on it, he told me. “If they’re outside walking, and the sun is at just the right glare level, and there’s a mirrored truck stopped next to you, and the sun bounces off that truck and hits the guy so that you can’t see his face anymore — well, now your car just sees a stop sign. The chances of all that happening are diminishingly small — it’s very, very unlikely — but the problem is we will have millions of these cars. The very unlikely will happen all the time.”