Robots are cool and all, even if some of them are creepy. I will be glad when the day rolls around that a robot can mow the lawn for me while I avoided the 160-degree summer heat in Texas. A group of German researchers has developed an interesting robot called LOLA.

LOLA is a humanoid robot that walks on two legs at a snail’s pace right now. The researchers hope to increase her speed to that of the average walking human in the future. 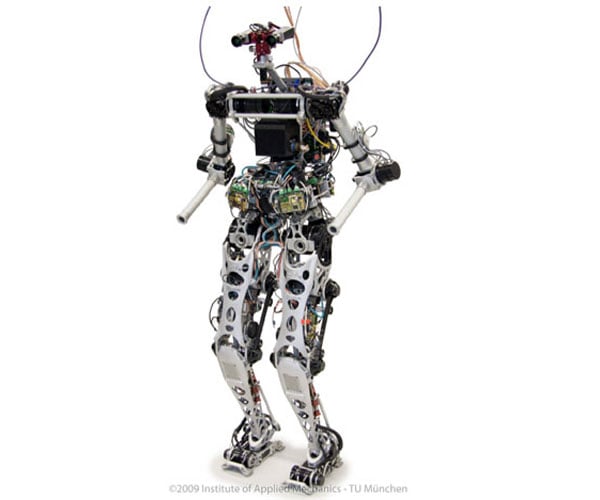 The cool part is that LOLA can walk around all on her own using the pair of HD webcams she has for eyes to avoid obstacles. The bot is 180cm tall, weighs in at 60kg, and has 25 joints in its body.