The guys over at iFixit have been busy over the last couple of weeks, as well as taking apart the new Apple TV and MacBook Air, they have now taken their screwdrivers to the first Google TV set top box, the Logitech Revue.

When the took the Logitech Revue apart, they found a 1.2GHz Intel Atom processor inside, as well a 1GB of DDR3 RAM, plus 5GB of NAND flash storage. 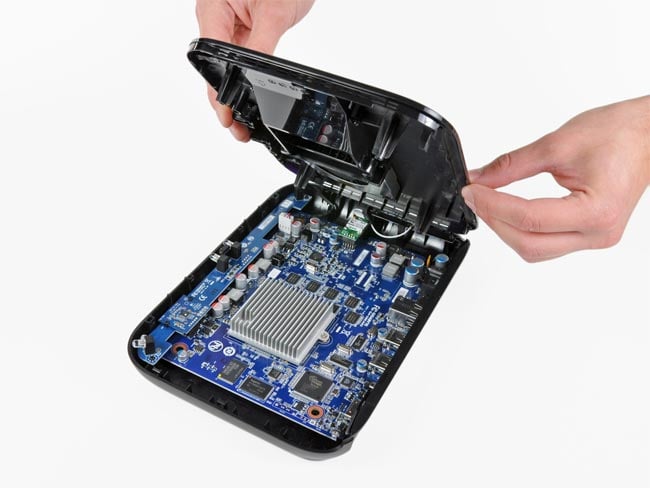 Head on over to iFixit and have a look at the full details of the teardown as well as lots more photos.