Logitech has added another universal remote to their range, although this new version is a little more budget friendly than some of the other models available, the Logitech Harmony 300i.

The Logitech Harmony 300i Universal Remote features Logitech’s connect to computer software that lets you easily setup the remote by hooking it up to your computer. 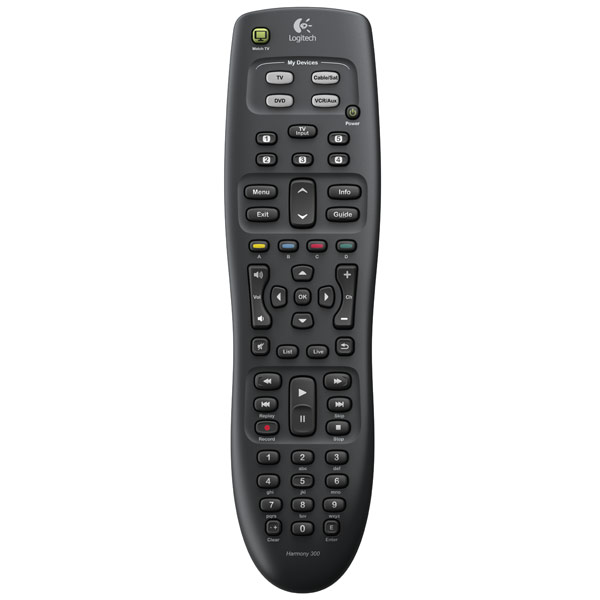 It can be programmed to control up to four different devices from your HDTV to you, cable of satellite TV. The Logitech 300i doesnt feature any fancy LCD’s or menus, but it should be able to perform most of the functions you need.

If you are looking for a budget universal remote, then the Logitech 300i may just fit into that category as it will be available shortly for $49.99.