Logitech has announced a new series of wireless mice that appear to be associated with the World Cup. The collection is called The Global Fan Collection and has several mice available each covered in a particularly nations flag. The flags in some instances aren’t exactly a 100% accurate reproduction. There are 13 different mice in the collection. 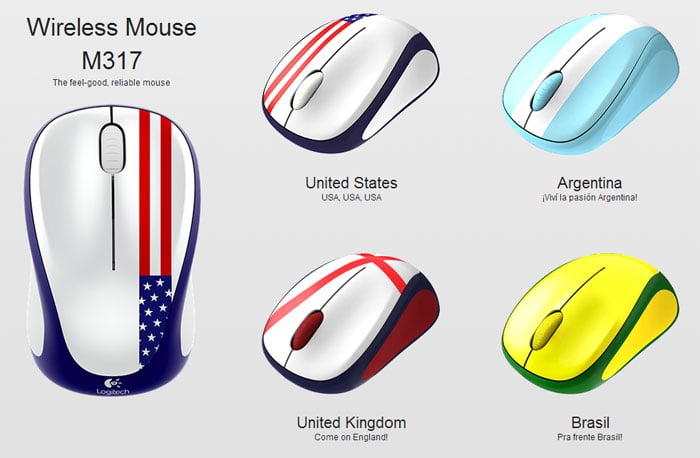 There are mice for the US, Argentina, UK, Brazil, France, Italy, the Netherlands, Spain, Russia, Mexico, Switzerland, Portugal, and Germany. The US mouse looks patriotic enough. The mouse for the UK looks nothing like the flag of England to me.

If you are a big fan of football, otherwise known as soccer here in the US, these might be just what you want. They will also be just fine for anyone wanting. The mouse itself is the Logitech Wireless Mouse M317. It has a Logitech Unifying receiver and promises a year of run time per AA battery. That Unifying receiver lets a keyboard, mouse and other wireless accessories use one adapter. The mouse sells for $29.99 and all versions may not be available in all regions.