Recently a company called Lodsys went after individual application developers on Apple’s iOS platform, and the company claimed that the developers were infringing on their patents by using in App purchases.

Earlier this week we got our first official news from Apple on the subject, who basically told Lodsys that they were responsible for in app purchases on iOS apps and not the developers, and it looks like Apple are standing behind their developers. 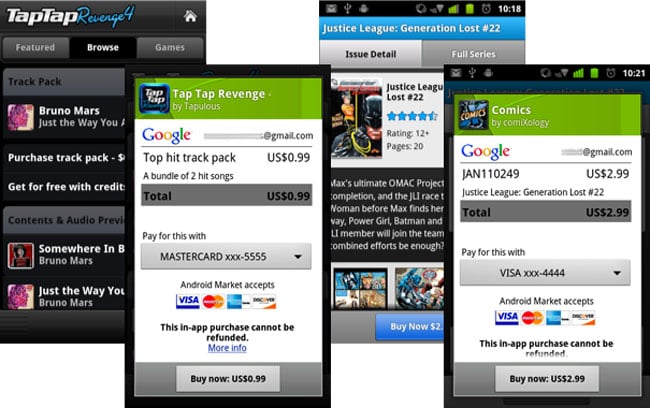 Now there are reports coming in the Lodsys is also sending out legal letters to Android developers for the exact same thing, and as yet there is no official response from Google on the matter.

Lets hope that Google does the exact same thing that Apple did, and stands behind the Android developers, as the in app purchase system in Android is down to Google and not the individual developers.