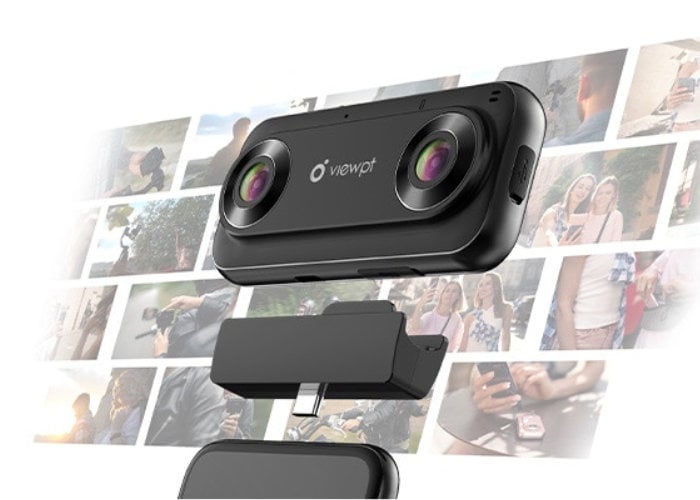 The development team at ViewPT has created a new 4K virtual reality live streaming camera aptly named VR 180 Nano which is launched via Kickstarter this week and is now available to back with earlybird pledges starting from just $99 or roughly £81. Worldwide shipping is expected to commence before the end of the year and the VR camera comes complete with an 8 GB SD card. 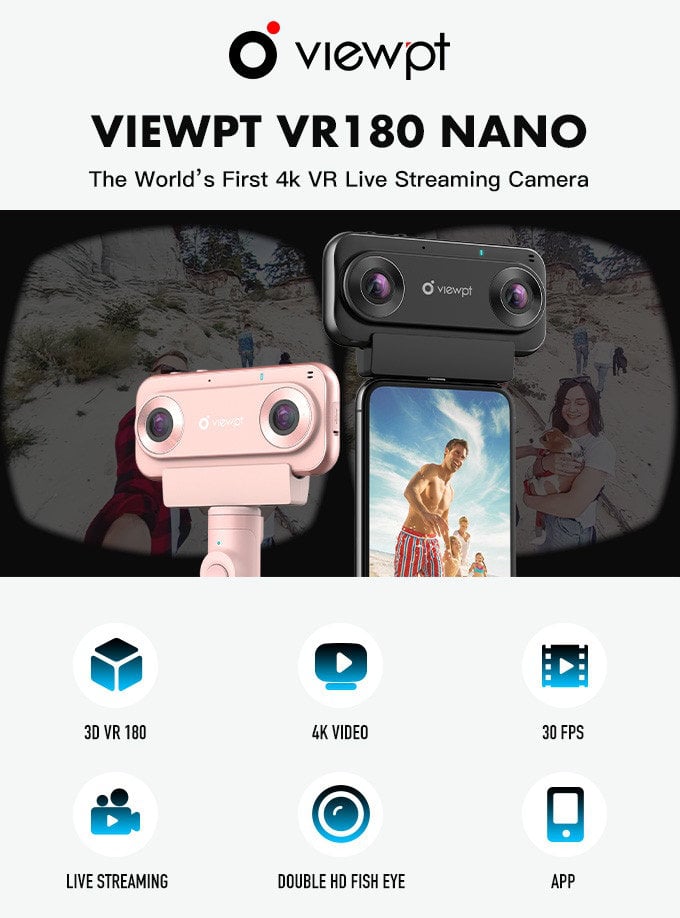 “Live streaming has become a social media ritual that celebrates people’s beautiful life moments. NANO helps to make this ritual even more attractive by allowing for 4k video capturing with greater VR video quality than many other devices in the market. If you want to capture more new followers in social media, NANO is your secret weapon.”

“With the NANO, your 4K VR180 3D Videos and Still Frames look like you’re re-living what you’re watching. The quality of the images is just breath-taking—exactly as you want them to be! In a transitioning era from 4G to 5G, most platforms are unable to support 4K live streaming. However, when in 5G, even in outdoors without WIFI service, people can easily do 4K and 1080P live streaming. So this is a cutting-edge product that you shouldn’t miss in the coming 5G era.”