Guitar players looking for an effect box which provides a beautifully atmospheric presence that blends in with your guitar tone, might be interested in a new device which has been created by Flux Effects and Michael Weavers called the Liquid Ambience.

The Liquid Ambience box is currently in the final hours of its Kickstarter crowdfunding campaign and has already raised enough pledges to make the jump from concept into production. To learn more about the new Liquid Ambience guitar effects box check out the video after the jump. 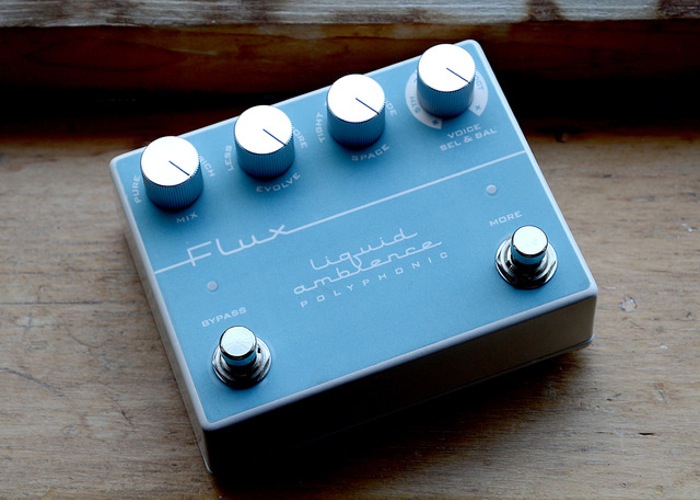 “Liquid Ambience is a DSP-based polyphonic voice and reverb effect which generates luscious ambient octave or fifth swells that bloom up from underneath your guitar sound and melt away gracefully…all in perfect tune with your input signal. It also produces haunting note bends and warm tone thickening. To get a glimpse of what it sounds like and the beautiful tones it can produce we encourage you to watch the project video where we showcase short sound snippets of the prototype!”