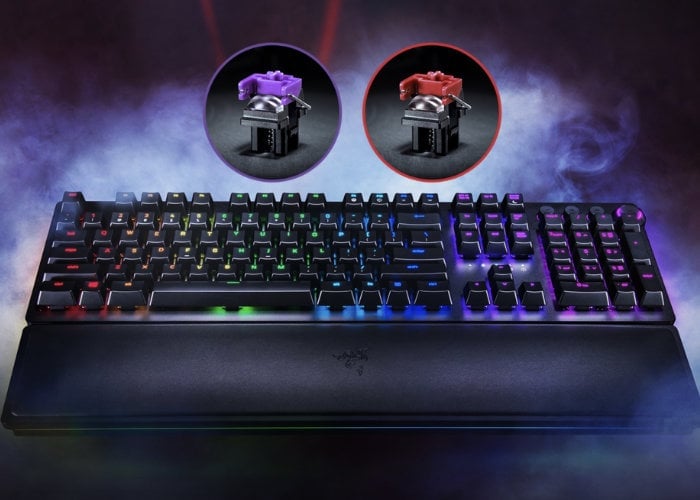 Razer has this week announced an upgrade to its existing Razer Huntsman Elite keyboard with the addition of Razer Linear Optical Switches, “redefining the boundaries of precision and speed, you are about to experience performance that can only be described as ahead of its time. The next stage of keyboard evolution is here” explains Razer on its product page. 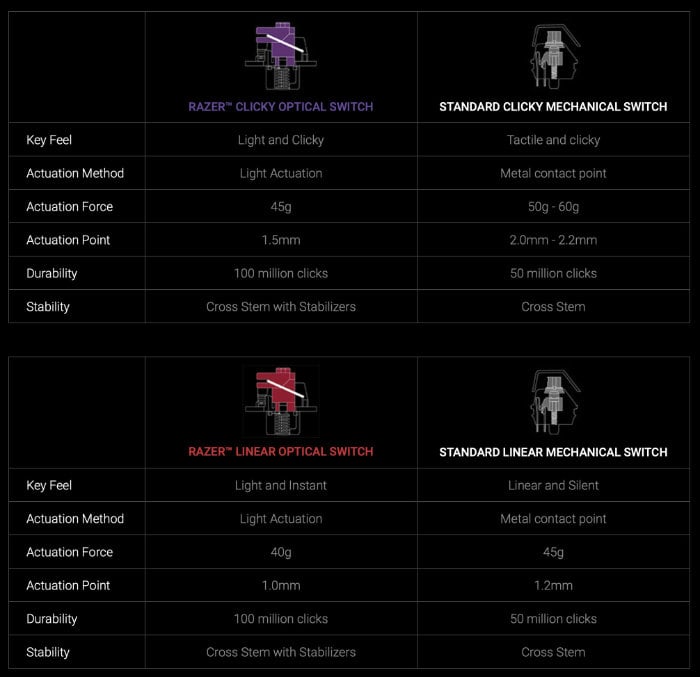 Unlike traditional mechanical switches that will require lots of moving parts and actuate via metallic contact, Razer Optical Switch enables actuation via light. “You press a key and a light beam instantly passes through the switch stem—which is when actuation happens—and sends a corresponding signal to your computer to perform the intended action. By using light to actuate, we eliminate bouncing found in traditional mechanical switches. As a result, the signal is sent the instant you actuate the key.” Check out the video below to learn more.

– Razer Clicky Optical Switch – The only clicky switch to actuate at a 1.5 mm actuation distance (30% shorter than other clicky mechanical switches). At only just 45 g of actuation force.

– Razer Linear Optical Switch – A linear switch that actuates at a 1.0mm actuation distance, 16.67% shorter than other linear mechanical switches. At a lightweight 40 g of actuation force.

The Razer Huntsman Elite keyboard is now available to purchase priced at $199.