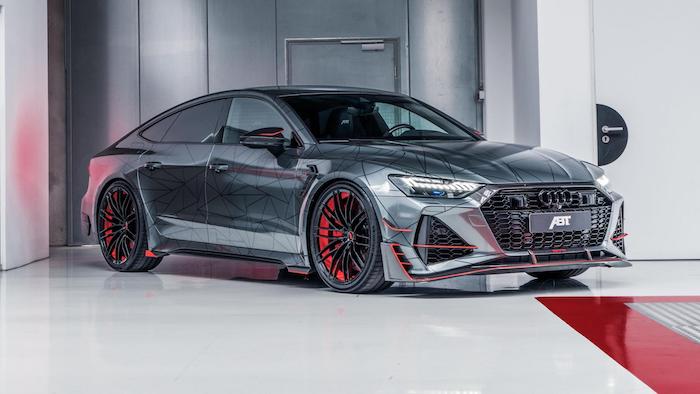 The Audi RS7 is already an impressive car and now, it comes with 600 horsepower and now  ABT Sportline have launched an even more powerful model, the Audi ABT RS7-R.

The Audi ABT RS7-R gets an extra 140 horsepower, so it comes with 740 horsepower in total, only 125 units of this limited edition RS7 will be made. 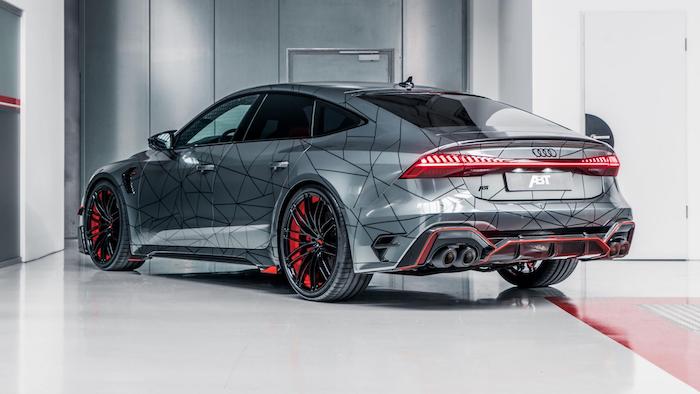 At the heart of the RS7-R package lies the performance upgrade ABT Power R, which boosts the performance of the standard model from 600 hp (441 kW) and 800 Nm to a hefty 740 hp (544 kW) and 920 Nm – and of course, includes a 2-year guarantee in the scope of the manufacturer’s guarantee. To transfer the extra power of the 4-litre V8 bi-turbo petrol engine to the road as efficiently as possible, the Bavarian company offers two ABT suspension options, tailored to the RS7-R, comprising ABT coilover suspension springs and sports anti-roll bars. Of course, the RS7- R package also features visual highlights, mainly in the form of stylish carbon fibre. The ABT front grille frame add-on and front lip add-on with bold RS7-R logo create a striking appearance. And of course, the ABT rear spoiler and rear skirt add-on should not be omitted. The package includes ABT High Performance HR 22-inch wheels.Also included are a range of interior modifications, such as the ABTleather and carbon finish for the steering wheel and the ABT seat upgrade with RS7-R logo.

You can find out more details about the new Audi ABT RS7-R over at ABT Sporttline at  the link below, there are no details on pricing as yet.