No, what’s seen below isn’t a badly executed tribute to Metroid and if you’re thinking Paul Verhoeven, wrong too. Apparently Bandai (of Gundam fame) adapted Robert A Heinlein’s classic Starship Troopers into a six-part anime miniseries titled Starship Troopers OVA. It aired in the 1980s but has generally been forgotten. A few episodes are on YouTube, however. In it, the ape suits in the novel were given serious Japanese mecha treatment. Now an otaku sculptor is rebuilding the suits based on the OVA. 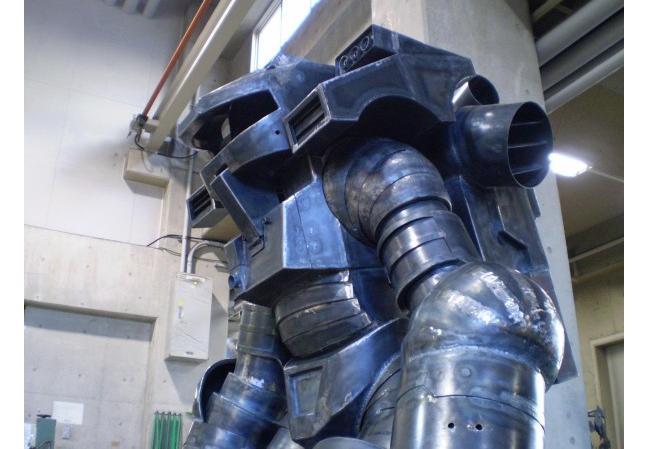 To be fair, the real life models seem closer to Heinlein’s description, bulky and ape-like.

But what’s pictured above is the unfinished version. Based on the OVA, the battlesuit packs an automatic grenade launcher on one shoulder and a handheld assault rifle.

Being a sculpture, it isn’t mobile and cannot be worn. Still, it’s an impressive tribute to both a cult OVA and a sci-fi classic. Remember, if not for Starship Troopers a lot of today’s most popular games won’t exist, i.e. Halo, Gears of War, Lost Planet, Aliens, etc.