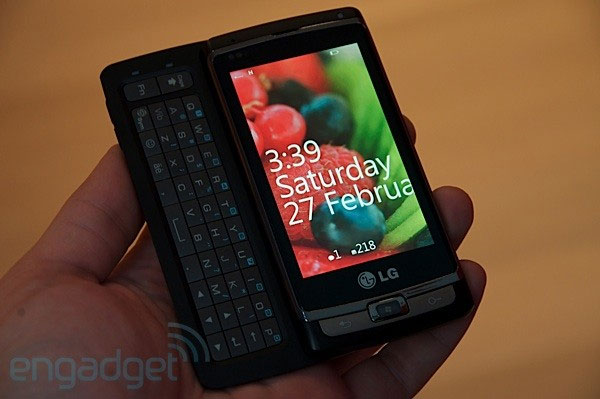 Microsoft’s Aaron Woodman showed of the new LG Windows Phone 7 smartphone to the guy at Engadget, and it looks like the smartphone is just slightly thicker than the iPhone and Nexus One, it features a slide out QWERTY keyboard, and it has dedicated home, volume, power and camera buttons.

The LG Windows Phone 7 smartphone features a five megapixel camera with a built in LED flash, there is also a headphone jack. Head on over to Engadget and check out their hands on video.

Want to know what we though of Windows Phone 7, have a look at out Samsung Omnia 7 Review.