LG and Verizon Wireless have launched a new Android smartphone, the LG Vortex which will be available on Verizon from the 18th of November 2010.

The LG Vortex will come with Android 2.2 Froyo, and it features a 3.2 inch touchscreen display with a resolution of 320 x 240, there is also a 3.2 megapixel camera with autofocus. 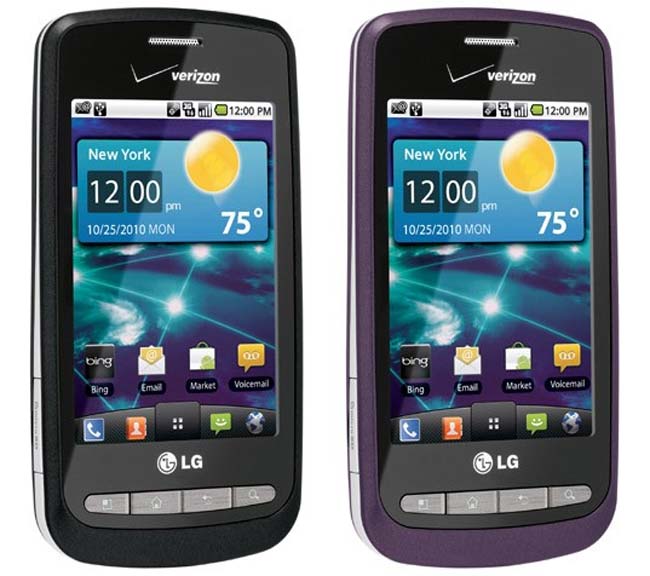 Other specifications on the LG Vortex include integrated WiFi, plus the ability to act as a wireless hotspot, there is also Bluetooth 2.1, and a microSD card slot which can take up to 32GB cards.

The LG Vortex will be available on Verizon Wireless for $79.99 on a two year contract after a $100 mail in rebate from the 18th of November.