LG recently launched a number if new devices which include the new Google Nexus 4 and the LG Optimus G, both these handsets feature a display with a resolution of 1280 x 768 pixels.

Now it would appear that LG has another new smartphone in the works, as an LG device with a full HD resolution of 1920 x 1080 pixels has appeared in some benchmarks. 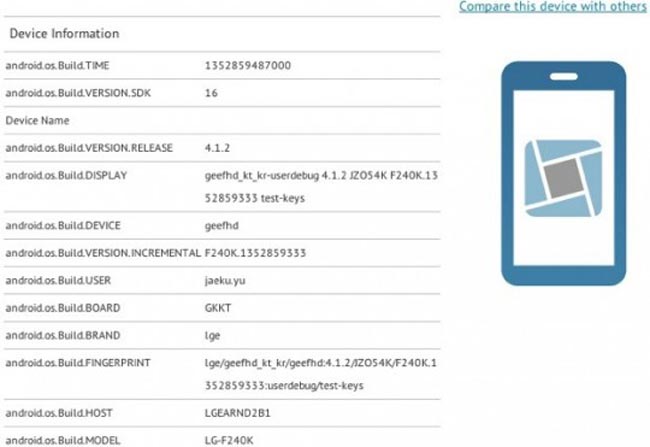 The device is running Android 4.1.2 Jelly Bean and also comes with a quad core 1.5GHz Qualcomm Snapdragon S4 Pro processor, that is all we know at the moment.

As soon as we get some more information on this new full HD smartphone from LG, including full specifications and some actual pictures of the device we will let you guys know.