LG has today announced that its new Smart TV voice control feature will be activated and a software update will be released towards the end of this month. Enabling LG Smart TVs to communicate with the new LG Magic Remote, allowing users to control their LG TV via voice control. Watch the video after the jump to see the LG Magic Remote in action. 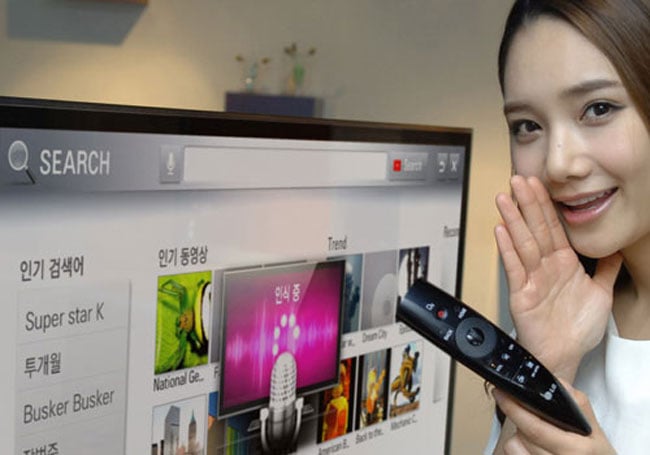 The new voice control will allows you to navigate the Smart TVs men system as well as search the web and enter text using your voice. Saving you from having to type out your searches via the controller.

Once released the software update will roll out to all compatible LG Smart TVs, and any LG Smart TVs bought after April will already be equipped with the new voice control technology.

For more information on the new LG Smart TVs and the features the LG Magic Remote will provide jump over to the LG website.