LG has officially unveiled what it claims to be the world’s largest ultrahigh definition OLED TV at IFA 2013. The TV has a curved screen similar to the company’s 55-inch offering that was unveiled at CES back in January. 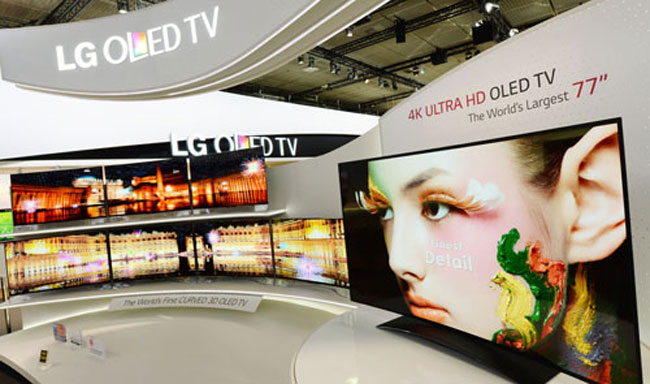 LG is keeping many the specifications for the 77-inch TV to itself. What we do know is that it has a gigantic screen, promises incredible contrast and colors, and supports 4K ultra HD resolution. LG also says that the TV is the world’s largest curved OLED unit.

There is no indication of it is TV what actually be produced at this time. Many of the huge screen TVs manufacturers show off at trade shows are concept devices only and if they are available to purchase a typically cost huge amounts of money.

Our handy guide which explains the difference between LCD and LED TVs may also interest you.