At this months Light+Building show in Frankfurt, Germany LG has taken the wraps off its new LG OLED Table Lamp which is has designed to use a curved OLED display as the source of light.

Its not the first time OLED displays have been used for lighting, but LG says it is the world’s first time a light has used a curved OLED panel as a light source. 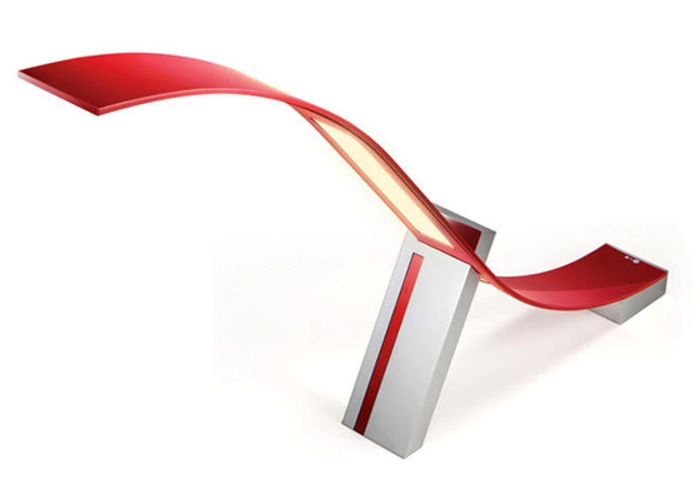 LG’s OLED Table Lamp, has been designed to be connected directly to a smartphone or tablet via Bluetooth and controlled with a free downloadable Android or iOS app. Offering users nine modes of operation that can be personalised.

For example during Sleep Mode, the LG Smart Lamp can be set to gradually dim as the user falls asleep and brighten in the morning when the alarm clock sounds. LG also unveiled their new LG Smart Lamp bulb which can also be controlled via smartphone or tablet, and the Color Tunable Flat Light, LG explains a little more:

“To highlight their advanced capabilities, all three products will be demonstrated in LG’s Smart Home Zone at Light+Building using LG’s HomeChat™ service, first introduced at the Consumer Electronics Show (CES) in January.

With HomeChat, customers will be able to communicate with the lights using the popular messaging app LINE, utilizing normal everyday language. Type “I am going out” and HomeChat will ask “Do you want me to turn on security mode?” If the user responds affirmatively, the lights will be randomly cycled on and off to give the appearance of the home being occupied.”

For more information on the new LG range of lighting jump over to the LG press release website for details. 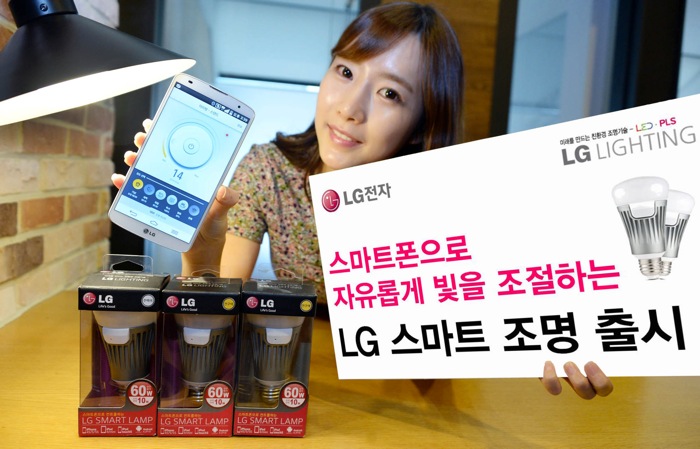