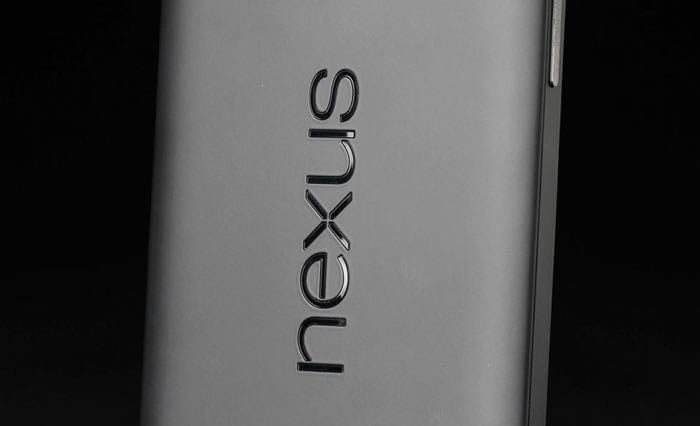 It appears there’s no stopping of the LG Nexus 5 leaks any time soon. Over the past few weeks, we’ve heard quite a lot about the upcoming Nexus 5 and what it will offer.

Recently, another image of the alleged Nexus 5 (2015) showed up in black, giving us a glimpse of the design of the handset — which we’ve seen in number leaked images over the past few weeks. 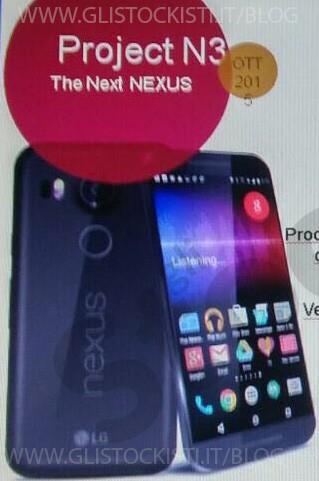 The image appears to be from internal slides from within the company, revealing it’s codename to be Project N3. If you take a closer look at the image, it offers a similar design to what we’ve seen in the past. There’s a fingerprint sensor just below the camera, along with the LED flash and laser autofocus just beside the camera.

It’s not just the image, some specifications it will bring have leaked as well. The alleged device is said to come with a 5.2-inch display sporting a resolution of 1920 by 1080 pixels, a Qualcomm Snapdragon 808 SoC paired with 2GB of RAM, 32 or 64GB of storage, 12.3MP main camera, 5MP front-facing camera and a 2,700 mAh battery. The handset is also said to come with improved LTE speeds, and will ship with Android 6.0 Marshmallow when it launches later this year.

Rumors suggest Google is working on two new Nexus devices, one which you can see above, while the second one is being manufactured by Huawei. Both Nexus phones are rumored to launch on September 29th, but there’s no official confirmation from the company at the moment. We’ll update you if we get to hear anything more about the alleged Nexus devices.