It looks like LG has another Windows Phone smartphone in the works, the device will come with Windows Phone 7.5 and is codenamed the LG Miracle, and it features a 4 inch WVGA multi-touch display with a resolution of 800 x 480 pixels.

It looks like the 4 inch display on the LG Miracle will be one of LG’s NOVA display, and the handset will be powered by a single core 1GHz Snapdragon processor. 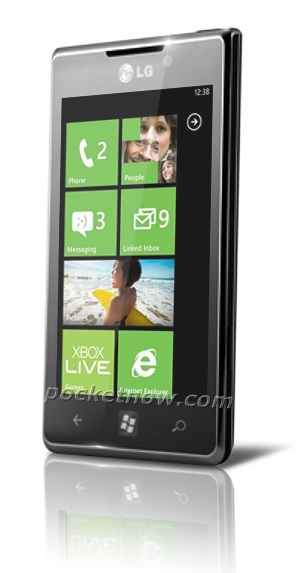 Other rumored specifications include a five megapixel rear camera which will be capable of recording high definition video in 720p, and a VGA front facing camera for video chat.

There are no details as yet on when the LG Miracle will be announced, although we suspect we will see it at MWC 2012 later this month, also no details on pricing although it is expected to be a mid level device.