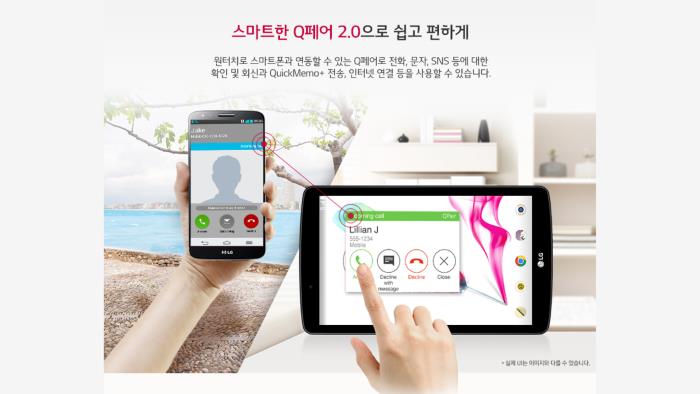 While everyone’s excited about the Samsung Galaxy Note 5 and Galaxy S6 edge+, LG has something for their users in their home market.

LG has introduced the G Pad 2 8.0 in South Korea, but it’s a little surprising to see the Korean company opting for a silent launch for the new tablet.

Unlike previous rumors, it’s not a high-end tablet, but offers a very decent set of specifications on board. The tablet features an 8-inch display sporting a resolution of 1280 by 800 pixels and comes with a Qualcomm Snapdragon 400 processor paired with 1.5GB of RAM and 32GB of internal storage. The tablet also features a microSD card slot which supports up to 128GB extra storage.

Other features includes a 5MP main camera, 2MP front-facing camera, a 4,200 mAh battery and ships with Android 5.0 Lollipop as its operating system pre-installed out of the box.

At the moment, the tablet is only available in South Korea, and there’s no word if it will make it to any other global market. If that happens, we’ll definitely let you know.