LG’s rumored to working on their next flagship device and could hit retail in May as LG G3. The handset is tipped to come with top-of-the-line specifications.

Recently, @evleaks posted an alleged image of a new handset dubbed as LG Isai FL, headed to Japan on KDDI. The interesting thing to note here is the design LG plans to introduce. 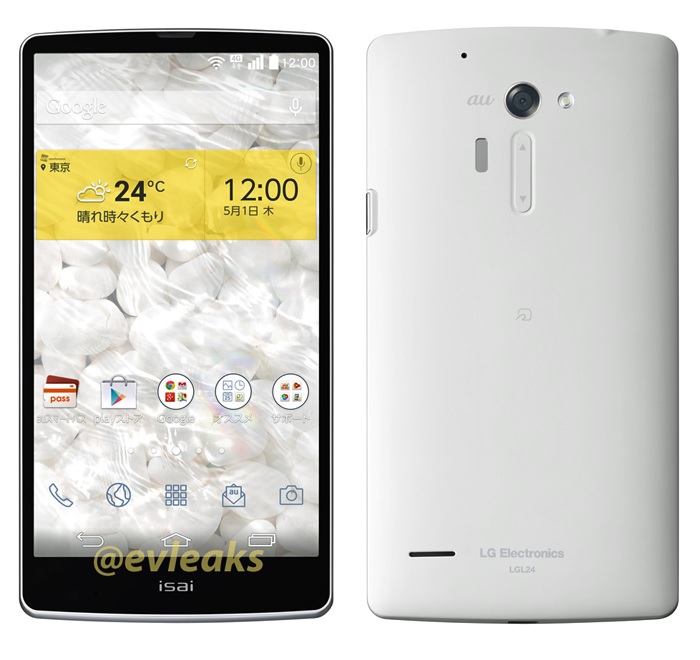 The most catchy thing you notice are the extremely thin bezels that comes with the handset. LG G2 had thin bezels as well, and this could mean we might see a new design on the LG G3. The back side also have a little bit different buttons, which are smaller then the ones found inside the LG G2.

The device will launch in Japan only, and there’s no word from LG if the alleged handset will make its way to other regions or not — it’s not LG G3 either. We’ll keep an eye on the news and will update you as soon as anything comes up.