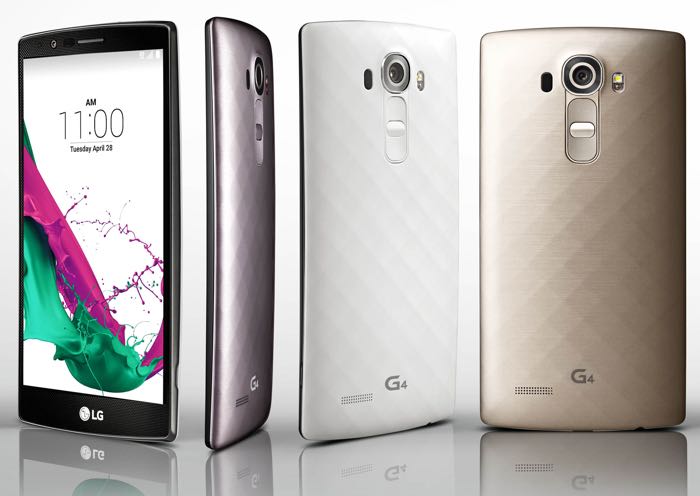 Earlier this week, US Cellular said on Twitter that LG G4 pre-orders will kick off on May 29th, and customers interested in picking up the handset will be able to do so from June 4th.

The LG G4 is set to launch on other major carriers in the US in the same week with T-Mobile on June 2nd, Verizon on June 4th and Sprint on June 5th.

US Cellular customers interested in picking up the handset can grab it for $199.99 with a two-year contract. Customers can also purchase the handset on a monthly installment plan with $0 down and 20 monthly payments of $29.50 each for the metallic gray or gold color options, while the black leather variant will cost $30.5 a month for 20 months.

LG G4 comes with a top-of-the-line specifications, including a 5.5-inch display boasting a resolution of 2.560 by 1,440 pixels resolution and a Qualcomm Snapdragon 808 chipset. There’s 3GB of RAM, 32GB of internal storage, a microSD card slot, an 8MP front-facing camera for selfies, a 13MP main camera, a 3,000 mAh battery and ships with Android 5.0 Lollipop as its operating system.

Anyone interested in picking up the LG G4 when it launches on US Cellular? Sound off in the comments below.