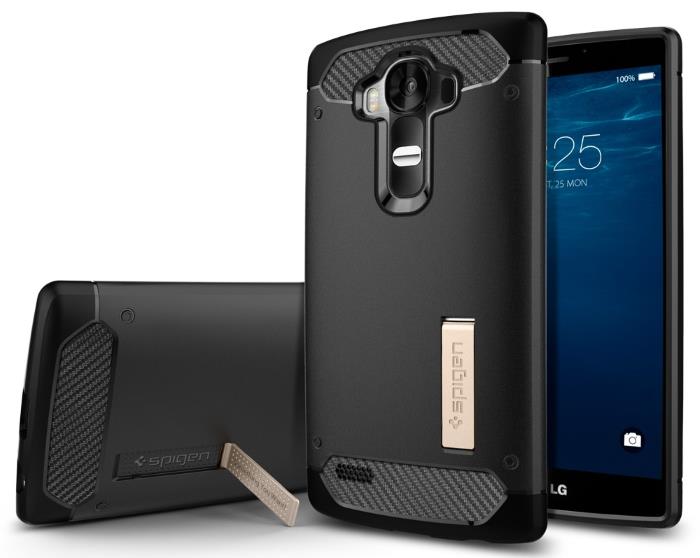 Case makers do make sure to get their cases ready for flagship devices ahead of their official announcement. Before the launch of the Samsung Galaxy S6, we saw a number of press renders and cases appear from top case makers, and it seems the trend will continue.

Spigen posted some of the cases for the LG G4 ahead of its official announcement. The cases show the alleged LG G4, which looks like the LG G3 in terms of design with the volume and power rocker buttons at the back, with a large camera sensor on the back of the device.

The alleged LG G4 is rumored to come with a 5.5-inch display sporting a resolution of 2,560 by 1,440 pixels, a Qualcomm Snapdragon 810 processor paired with 3GB of RAM and 32GB of internal storage. The purported handset boasts a 16MP rear camera for photos and videos as well as an 8MP front-facing selfie camera.

There’s no official word from LG about the launch but the handset is expected to see the light of the day by the end of this month, possibly on April 28th. We’ll update you as soon as we get any other information about the upcoming LG G4.