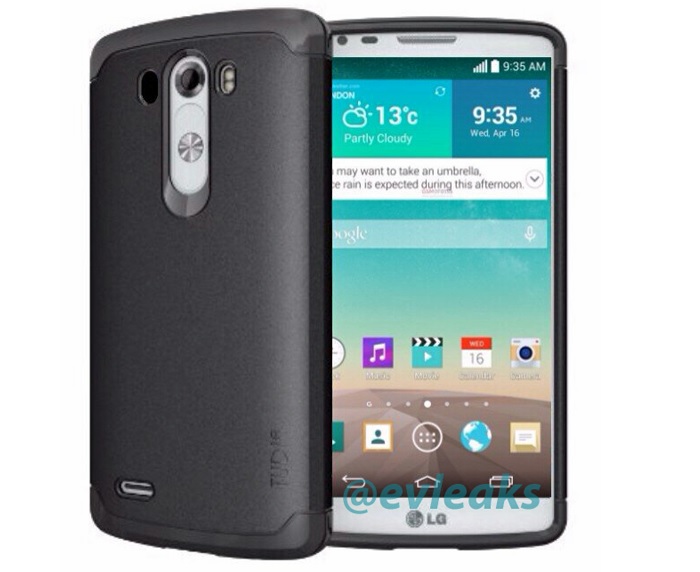 It’s raining LG G3 leaks from the past few days. The Korean OEM has scheduled an even on May 27th where the company is expected to unveil their latest flagship device, the LG G3.

To join the existing line of leaked press renders, @evleaks has posted yet another image of the device in white, however, this time, its accompanied by a protect case over it.

This image also shows the flat, and much better Android skin LG is expected to implement on the alleged flagship device. As for the specifications, the handset is rumored to come with a 5.5-inch display sporting a resolution of 2560 x 1440 pixels, with a quad-core Snapdragon 805 SoC under the hood.

Other specifications include 3GB of RAM coupled with 32GB of internal storage with a microSD card slot, as well as a 3,000 mAh battery to make sure there’s enough juice for the purported handset. On the software side, it is expected to come with the latest Android 4.4.2 KitKat out of the box.

In just a few weeks, LG will take the wraps off its flagship device, and we’ll update you with all the official information as soon as it launches.