It’s raining LG G3 leaks from the past few days. Earlier today, the well-informed @evleaks posted a press render of the alleged LG G3 in black, giving us a glimpse of the design the upcoming flagship from LG is expected to bring to the table.

Now, he has posted another image of the purported LG G3, showing us the redesigned Android skin running on the device. 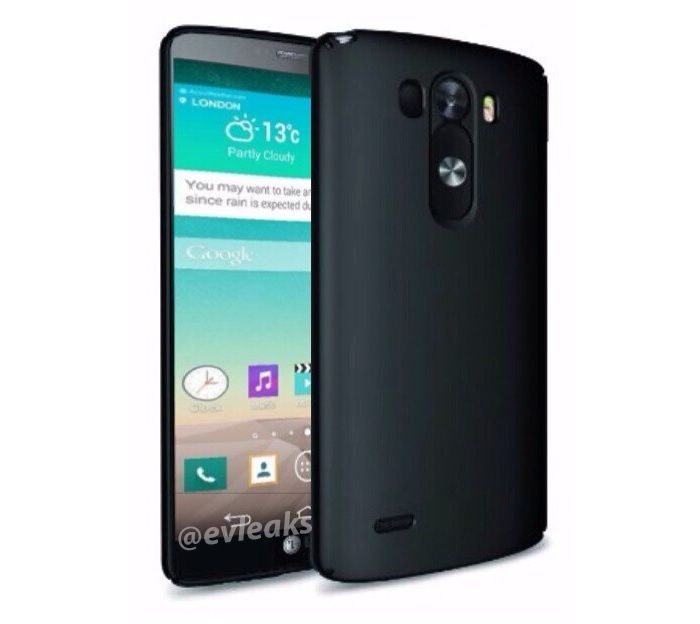 If you can’t recall, we saw a number of screenshots of the new UI LG is expected to implement in the upcoming LG G3. The new UI looks quite different when compared to the LG G2, and looks much cleaner and flat. The flat icons are becoming a trend these days, and many OEMs have redesigned their OS skin, such as Samsung with the new TouchWiz on the Galaxy S5, etc.

As for the specifications, rumors suggests LG G3 will come with a bigger 5.5-inch display with QHD resolution, a quad-core Snapdragon 805 SoC, 2/3GB of RAM, 16/32GB internal storage with a microSD card slot, a 3,000 mAh battery and should come with the latest Android 4.4.2 KitKat as its operating system.

On the rear, the handset is rumored to feature a 13MP camera with OIS+ for photos and videos, as well as a 2MP front-facing camera.

LG has already sent out press invites for its event on May 27th where the company is expected to unveil the handset. We’ll update you as soon as it’s officially released.