LG G3 has leaked extensively this week. Earlier we saw some leaked photos of the device, along with the specifications it will bring to the table.

Now, the prolific Twitter leaker @evleaks has posted a press render of the device, showing it in black color with redesigned back buttons, similar to earlier images. 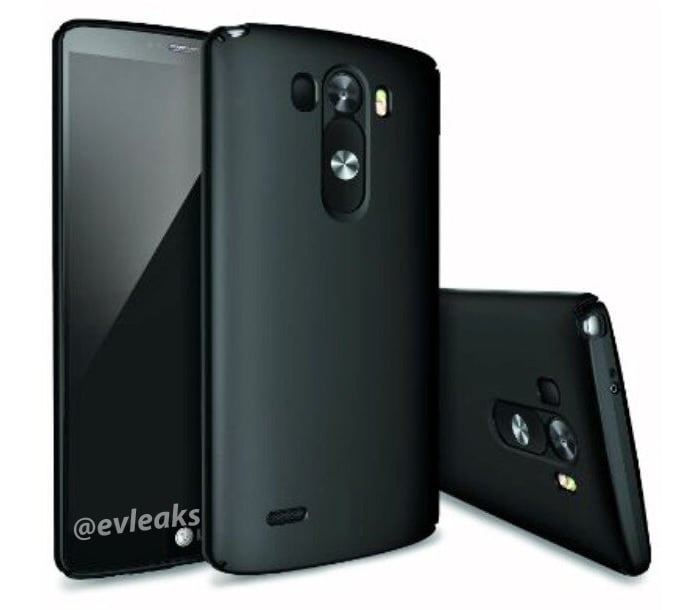 The image is a little blurry, but it shows the circular power button, along with the newly designed volume keys below the camera. On one side of the camera, there’s a dual-LED flash, while on the other side, there’s some sort of sensor. It could be a fingerprint sensor, but we’re not sure at the moment.

As for the hardware, the handset is rumored to feature a 5.5-inch display sporting a resolution of 2560 x 1440 pixels, a massive 3,000 mAh battery to make sure there’s enough juice for the handset, 13MP camera for photos and videos with OIS+ and should ship with Android 4.4.2 KitKat as its operating system.

Rumors suggest there will be two versions of the alleged handset. One will feature 2GB of RAM with 16GB storage, while the second one with come with 3GB of RAM and 32GB storage. Both will feature expandable storage via microSD card.

LG has scheduled an event for May 27th where the company is expected to take the wraps of its flagship device. We’ll update you as soon as the handset launches.