We had previously thought that the new LG G Pro 2 would be launched at Mobile World Congress at the end of the month, although last week we heard that the device is expected to be announced this week on the 13th of February.

Now it would appear that the LG G Pro 2 has appeared in some benchmarks, the device recently turned up in the AnTuTu benchmarks, and it has confirmed some of the specifications we heard previously. 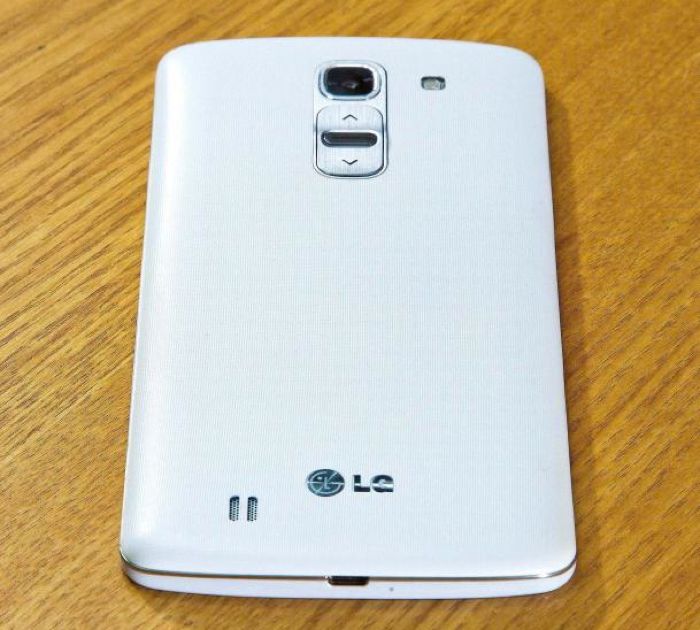 The benchmarks have confirmed that the LG G Pro 2 will feature a full HD display with a resolution of 1920 x 1080 pixels, the display is said to measure 5.9 inches. 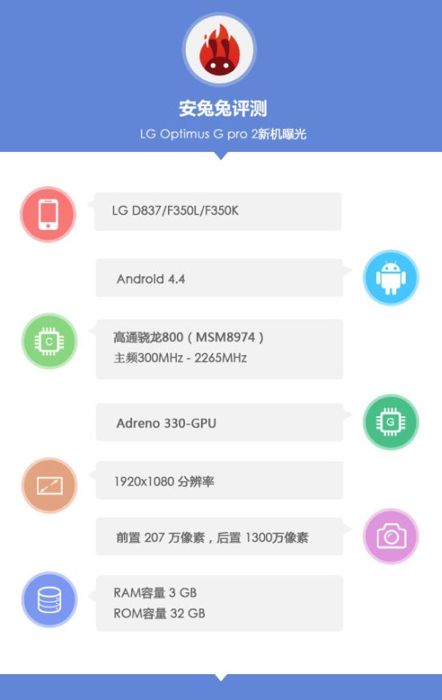 The handset will come with 32GB of built in storage and the latest version of Google’s mobile OS, Android 4.4 KitKat, the device may also feature a 16 megapixel rear camera and a 2.1 megapixel front facing camera.

We should have more information on the new LG G Pro 2 later this week, assuming that the launch date of the 13th of February is correct.