LG has said about have of the store’s applications will be dedicated to the regular feature mobile phones and the other half to their range of smartphones. 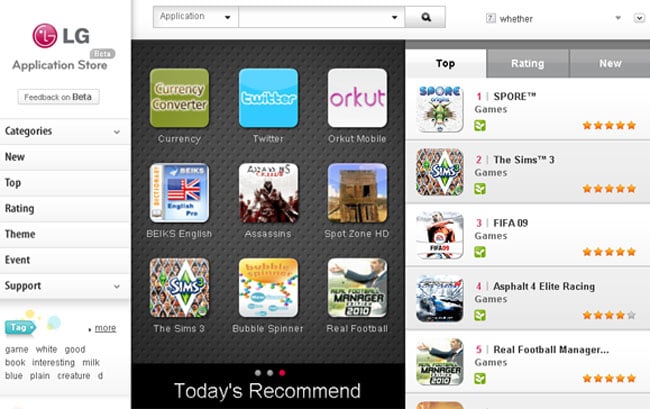 LG has around 3,000 applications available at launch, mainly focusing on Windows Mobile and they will also be adding Android apps to the store as well before the end of the year.

LG has said that they hope to add another 1,000 applications to the store by the end of 2010, and the service is now available withing 23 countries and will go live in 10 more countries over the next couple of months. Have a look and our article on Android vs iPhone to see which smartphone and mobile platform is best for you.