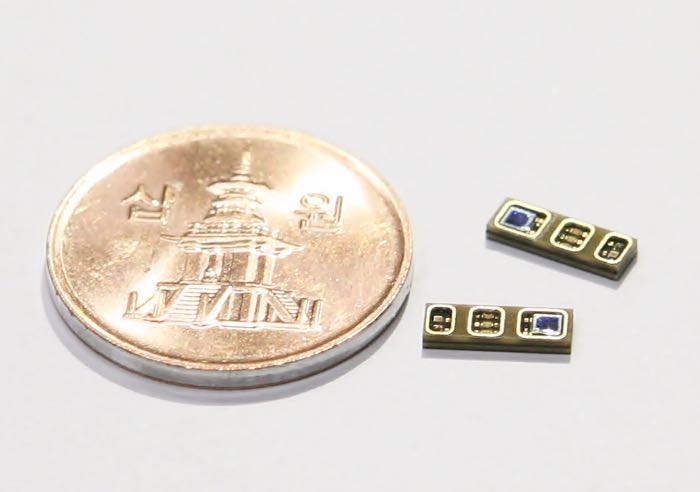 LG has announced a new ultra slim optical biometric sensor designed to be used in smartphones and wearable devices.

The new sensor is designed for low power consumption and also be considerably more accurate that current sensors.

The new optical biometric sensor measures just 1mm thick and it features a Photo Diode(PD), 5 LEDs, and an Integrated Circuit(IC).

To minimize the thickness of the module, LG Innotek utilized their advanced embedded PCB technology. The technology embeds integrated circuits into the PCBs. The Former modules were manufactured by mounting the IC on the PCB and then seating the photo diode on top of it. This approach has its limits when it comes to reducing the thickness.

The module consumes less power with ultra-slim thickness. The inside is gold-plated to maximize luminance efficiency by minimizing the amount of LED light that is absorbed. With this module, the strength of the biometric signals increases by about 30%, so you can use low power to accurately detect biometric signals. Battery consumption has been reduced by 20% compared to the existing module.

The accuracy of the measured information has also been improved. This new sensor module’s range of error for measured data is ±5 bpm during exercise and even in stable condition, it can measure data within an error range of ±2 bpm which is comparable to that of medical devices.

As yet there are no details on which devices will use this new sensor, it is not clear as yet whether it woll appear in the new LG G5 when  it is announced next week.