LG has announced a new feature which it will be releasing for all of its Optimus L series smartphones, the new feature is called QuickMemo, and it is designed to let you capture content, and then write a memo on the content. 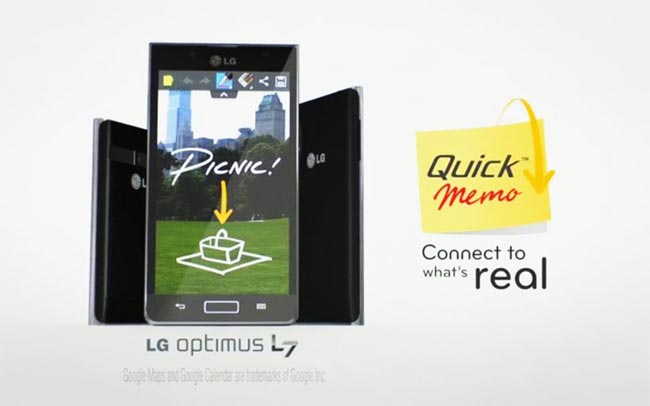 LG’s QuickMemo™ feature allows for instant screen capture of any type of content such as web pages, graphical images, photos and videos. Users can write, draw, or jot a memo directly on the captured screen with their finger. QuickMemo™ notes can then be shared with others via text, chat, or email. Once users download the upgrade, they will be able to invoke QuickMemo™ by pressing the volume keys or via the notification bar.

The LG QuickMemo will be available for the LG Optimus L7, L5 and L3 and it will be released globally by the end of quarter three 2012.