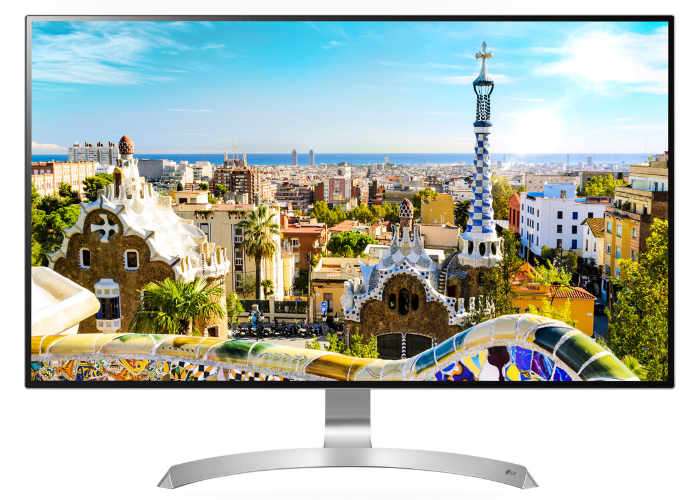 Those of you that have been patiently waiting for the availability of LG’s 32 inch 4K Ultra HD 32UD99 monitor to be available, you’ll be pleased to know that it is now available to pre-order with prices starting from $999.

The LG 32UD99 monitor offers Freesync support between 40 and 60 Hz via DisplayPort and is fitted with an IPS panel with a native 3840×2160 resolution, and its 1.07 billion colours cover more than 95% of the DCI-P3 colour space. 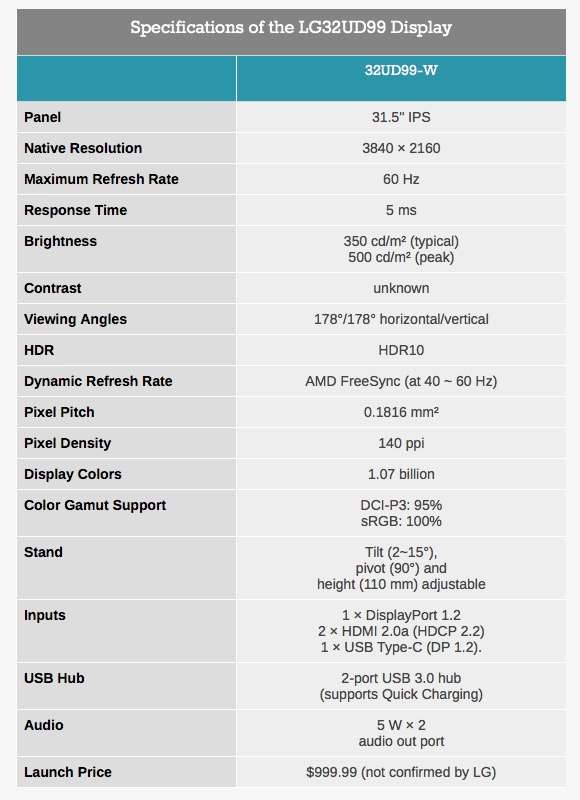 Judging by the specifications and feature-set of the 32UD99, we can guess that LG generally positions the monitor for different kinds of applications. The consumer standard for DCI is used by a number of consumer electronics devices, a variety of Apple devices and has good prospects to be adopted for televisions as well.

While LG is not confirming that they’re going with the consumer version of DCI (as opposed to the digital projection version), it’s reasonable to assume that like their other DCI-capable monitors, the 32UD99 will follow the consumer standard as well. As with other DCI-P3 displays, we have to remind you that at present Microsoft’s Windows 10 needs better support for differing color spaces. That being said, HDR will be the most distinctive feature of the new monitor because it is still rare on consumer displays.