If you say driving simulator to me I automatically think of video games. Lexus has unveiled what it claims to be the world’s most advanced driving simulator and the carmaker says the thing is not a video game. The simulator is designed to allow Lexus to develop and test technology that will make its cars safer.

All I know is that the thing sounds cool and I want to play with it. The simulator sits on tracks inside a room the size of a football fields in Japan. The simulator is a white dome that is 15-feet tall and 56-feet in diameter. The dome sits on a three axis hexapod system. 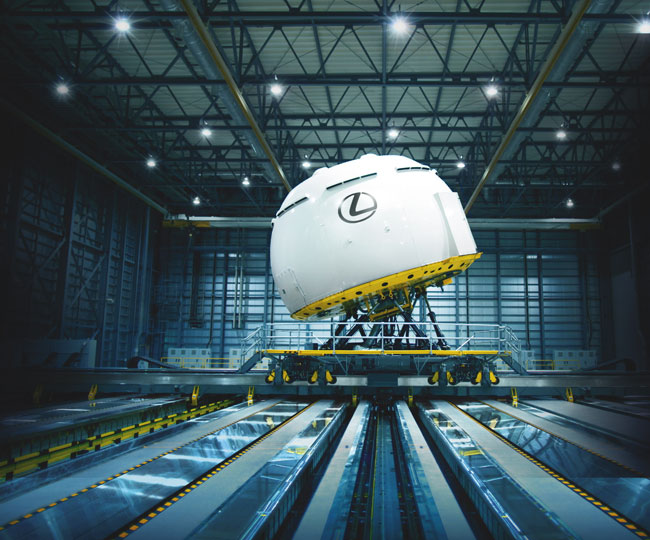 Inside the dome is a full size, real Lexus car and the gear needed to project realistic environments all the way around the car. You can even see the landscape recede in the mirrors of the car. The simulator is able to move side-to-side, forwards, and back to simulate motion. Lexus says the simulator can accurately show the feelings of driving and handling of a vehicle up to 186 mph with 330-degree turn angles.