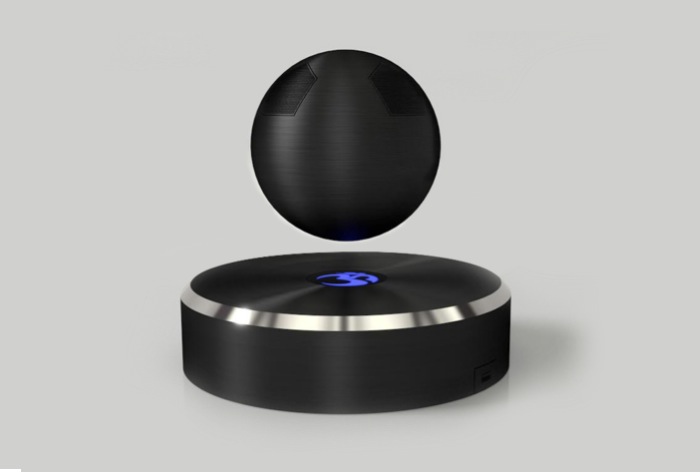 Om Audio has created very unique Bluetooth speakers that literally levitates above the competition, by sitting in mid air above its base, and offers a massive 50 hours of play back on a single charge.

The Om/One Bluetooth speakers are revolutionary in both the way it looks and the way it functions, says its creators. The design of the speaker has also been created by a team of world class industrial designers and audio engineers.

“In a world filled with speakers that look and sound the same, OM/ONE is a paradigm shift. Designed by a team of world class industrial designers and audio engineers, OM/ONE is as functional as it is beautiful.

Hear every high and low with no external distortion with the OM/ONE levitating driver. OM/ONE was engineered and tuned by the former Director of Engineering for Velodyne Acoustics. Pair two OM/ONEs together for true stereo sound. Connect your phone or other bluetooth device and play music from popular music apps like Pandora, Spotify, Rdio, and Beats Music.”

Features of the Om Audio levitating speakers include a connectivity range of up to 33 ft from your smartphone or tablet. As well as offering the ability to answer calls and be used as a speaker phone when required.

For more information on the new Om/One Bluetooth speaker jump over to the Om Audio website for details where it is currently available to back via its in house crowd funding campaign.