Are you the type of gamer whose sacred space is cluttered with gaming gear? You know, where half-finished pizza and your XBox controller can be found in the same pile? If the answer is yes on both counts, we suggest you plop down $69.99 at a retailer near your for one of these Gaming Towers from Level Up. 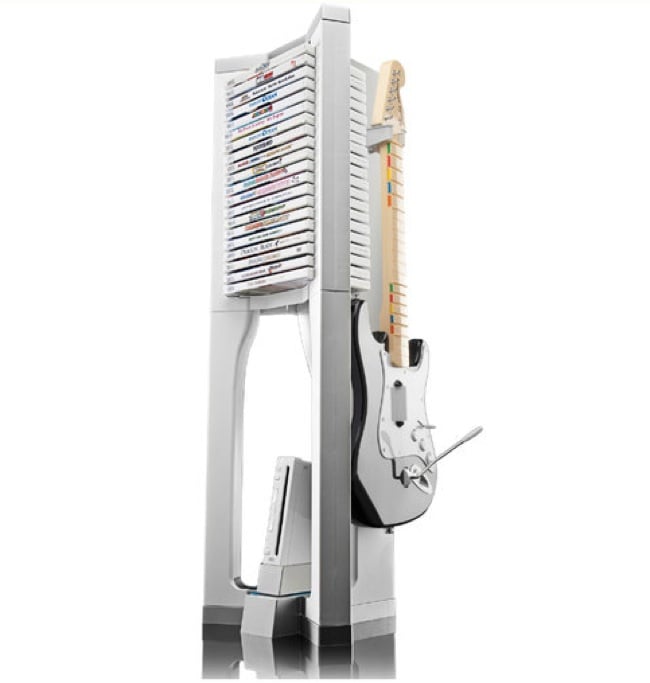 The whole point of the Gaming Tower, which comes in four different varieties each customized for the needs of a specific console, is to organize your gaming tools in a single vertical stack. Just feast your eyes on the pic we provided. Pretty neat, huh?

As mentioned, there are four to choose from. There’s the Alloy for the Playstation faithful, Zig-Zag for the Xbox 360, and the Aperture and Trideca for the Wii family. According to the promotional literature, each Gaming Tower was designed and built for the optimum in ease-of-use. Even better, the ventilation of each stack keep matters cool to forestall dreaded over heating.

Are your palms itching for want of a Gaming Tower? Quick, take some cash and head over to Toys R Us, JC Penney or Kmart.