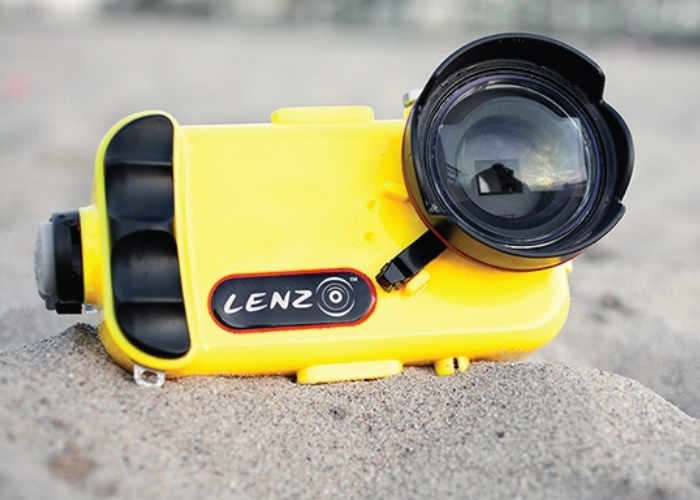 Underwater adventurers and divers that would like to capture imagery using their smartphone under the waves, may be worth investigating a new underwater iPhone case which has been developed by ValsTech based in Montréal Canada.

The LenzO waterproof iPhone camera case has been specifically designed for the iPhone 7 and iPhone 7 Plus smartphones and is being marketed as the most advanced underwater housing for an iOS device currently available.

Watch the promotional video below to learn more.

ValsTech, Inc. is named after one of its founders: underwater housing pioneer Valentins Ranetkins. Val is the founder of the industry-known manufacturing companies Amphibico and Aquatica. He is also known for designing the first underwater housings for National Geographic.

Five-time Emmy Award-winning underwater cinematographer Anthony Lenzo co-founded ValsTech with Val and his team to create the most advanced underwater housing for iPhone ever made. Never before has an underwater housing allowed full control of all native iPhone camera functions, with the best optics available for incredible 4k shooting!

Imagine exploring the underwater depths and discovering a school of friendly fish, colorful coral, and sunken treasure! With the LenzO®, your underwater adventure can now be 100% documented. You can upload your underwater odyssey to social media the moment you get out of the water!

For more information on the new LenzO waterproof iPhone camera case jump over to the Kickstarter website for details and to make a pledge from $229 with shipping expected to take place during April 2017, by following the link below.