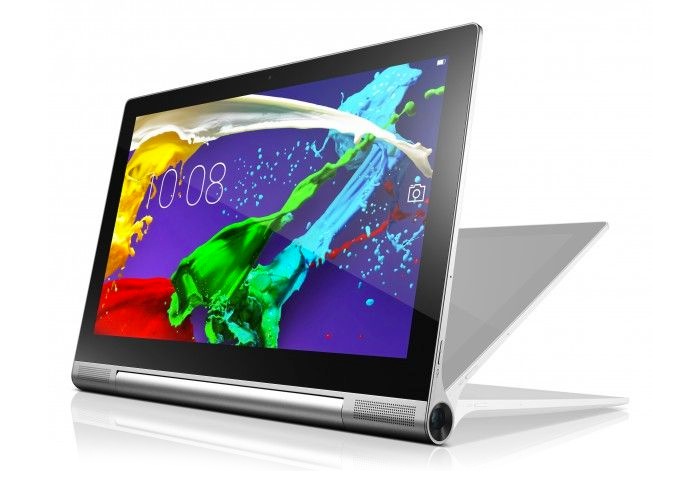 As well as announcing the launch of their new Lenovo ThinkPad Yoga 14 and Yoga 3 systems later this month Lenovo has also unveiled their new Lenovo Yoga Tablet 2 Pro tablet which is now available to purchase for $500 with a projector built into the hinge.

The Lenovo Yoga Tablet 2 Pro Android tablet is fitted with a large 13 inch screen providing users with a resolution of 2560 x 1600 pixels and is powered by an Intel Atom Z3745 Bay Trail processor supported by 2GB of RAM with 32GB of solid state disk (SSD) internal storage.

Lenovo supplies the tablet running Google’s latest Android 4.4 operating system and have equipped it with a 9600mAh battery offering up to 15 hours of battery life. The tablet also includes 1.6 megapixel front facing camera for video calling, together with a 8 megapixel rear facing for video and photographs as well as equipping it with both dual-band 802.11a/b/g/n WiFi, Bluetooth 4.0 connectivity and a HDMI output connection.